Pan Books published a novel based on Timeslip to coincide with the series in 1970. It was based on the first two serials, ‘The Wrong End of Time’ and ‘The Time of the Ice Box’. 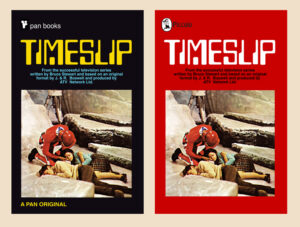 The novel is a straight retelling of these stories and very little was altered to accommodate the prose format. The explanations of time travel theory throughout the book are actually clearer than they come across in the television series. Another minor addition is the inclusion of a prologue that sees Commander Traynor sent off to St. Oswald to ostensibly investigate the disappearance of the local girl Sarah (who here has the surname Tilley) by his boss, Colonel Murray. Murray is also mentioned later on in the television series but is never seen. We also discover, once and for all, that the St. Oswald naval station is located in Rutland.

The front cover of the book depicted a scene from ‘The Time of the Ice Box’ and showed Dr. Bukov (John Barcroft) examining the inert bodies of Liz and Simon on the ice field. The back shows the pair of time travellers, still unconscious, lying in the ice box’s infirmary. Both are rehearsal shots and Spencer Banks is not wearing Simon’s glasses!

The novel itself was written quickly to accommodate the very short lead-time given by the publishers Pan Books. Bruce Stewart was busy completing his work on the actual series so it fell to Ruth Boswell and her husband Jim to flesh out the scripts into prose. The majority of the work was done by Jim with Ruth and Bruce offering support where necessary. This sort of offers an explanation for the odd credit on the cover. “From the successful television series written by Bruce Stewart and based on a format by J. & R. Boswell and produced by ATV Network Ltd.” There is no other credit on or in the book to a specific author.

Shortly after the book’s publication, it was re-jacketed and released under Pan Books’ children’s imprint, Piccolo. The only difference in the two versions (aside from the Piccolo logo) is the fact that the cover uses a bright red background instead of the Pan version’s black one.

The book is long since out of print. However, the lucky few can sometimes find copies in charity shops or jumble sales or pay ‘slightly’ more on eBay. 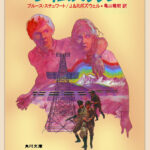 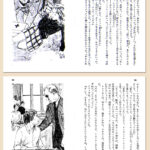 e launch of the official Timeslip website, there were attempts to independently republish the novel with work extending to creating a text file of it and the start of adapting the third and fourth serials to form a second novel. Despite initial efforts, the project was abandoned due to costs.

In an odd footnote, a Japanese translation of the novel found its way into the hands of Bruce Stewart. He, like Ruth Boswell, was at a loss as to how it came to be published in Japan.

Getting the Novel Today

You can sometimes find old copies of the Pan and Piccolo editions on eBay.